We did it again! beMarketing has been named one of Philadelphia’s Top 100 Fastest-Growing Companies for four years in a row! This awards program honors the 100 fastest growing privately-held companies in the Greater Philadelphia Region.

As a winner, beMarketing was evaluated and audited by Wipfli CPAs and Consultants. The integrity of the process and the resulting list makes the Philadelphia 100® one of the most sought-after awards in the region. beMarketing is honored to have made the list and cannot wait to see where it ranks among the best. In addition to being honored at the awards ceremony, beMarketing will also be profiled in a special section of the Sunday Inquirer which will reach over 1 million readers.

beMarketing has been recognized for their growth and success on the local and national level. Recently, beMarketing was recognized by Inc. Magazine on its annual lnc. 5000 list of fastest-growing privately held companies in the nation. In addition, this year, beMarketing received recognition from DesignRush, Muse Creative Awards, was named one of Philadelphia’s fastest-growing companies by the Philadelphia Business Journal and we were also named among the Top Digital Marketing Agencies For Financial Services.

“For a team that works so hard for our clients, it’s exciting to see beMarketing be named a Philly Top 100 for a fourth consecutive year. Our team continues to drive our core values which differentiates beMarketing from our competition and it’s being shown by our client growth. I’m excited to see the agency on the Philly Top 100 and hope to see it for another four years to come! ”- Brandon Rost, President and CEO of beMarketing. 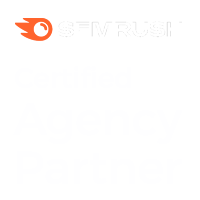